Gamification in the sales team

Traders tend to be competitive by nature, but over time, they too can lose motivation and it can be very difficult to
keep their work ethic within adequate limits. It is in this situation that it is often appropriate for gamification to enter
the scene and help them regain their fading vigor. This principle is becoming an increasingly popular part of the
strategy within business teams. So what is it all about and how to use gamification to motivate traders? 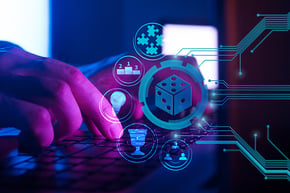 The concept of gamification first appeared in 2008 and is a way to enrich a
variety of not-so-fun routine work activities with gameplay elements to
become a game that employees will enthusiastically play and strive for the
highest score, which is something they dream of. most employers. It is no
wonder, then, that these practices are used in the sales teams of large
companies such as Nike, Microsoft, Siemens, IBM and McDonald's.

Benefits of gamification in a team

The great benefit of gamification is that it develops not only external motivation (to be better compared to others),
but also the internal one (concerns personal development and skills improvement).

Through friendly competition, more sales can be achieved. When marketers see that others are doing better than
them, it inspires them to perform better.

Collaboration, knowledge sharing and mentoring can be taken to a higher level through gamification.

Gamification can be applied to streamline the teamwork of people from different offices around the world through
games through which individual employees share information and learn new things from each other.

If they are properly rewarded for their ideas, gamification can also help develop employees' creativity and
innovative attitudes.

The inclusion of newcomers in the games leads to better integration into the team and the creation of a healthy
competitive atmosphere.

Gamification can also play a key role in the launch of a new product. It is important that marketer know everything
about the product he will be selling. For example, a team can be motivated by various quizzes that test their
knowledge of the product and allow them to find out how they compare to the rest of the team.

How to involve gamification and what to look out for?

Reaching lot of customers a day is quite exhaustive, but it can be made more pleasant so that each respondent
will represent one point gained and at the same time will be a step closer to the next level, which achievement is
associated with some attractive advantage. In order to complete the tasks as quickly as possible, it is appropriate to
reward the completion of the more complex and less attractive more points than the simpler ones.

Greater competitiveness often leads to higher sales performance, which is then associated with increased sales. Here,
gamification can also be used to compile rankings according to who contributed the most to the increase, which can
also have a positive effect on those whose performance is usually worse. When they see that they are in the last
places, it is very likely that they will not want to leave it at that. Winners who receive a reward will want to maintain
their position and be rewarded again in the future. Enhancing the rankings with information on what actions and
activities are behind the placement of individual employees will increase transparency and motivation, as they will
know exactly what they should improve and what they should do to move. up. This has a positive effect not only on
their competitiveness, but also on the atmosphere in the teams. But here it is important to be careful how the order is
compiled and not to overdo it with the games in order to avoid unwanted conflicts. It is recommended to focus on who
assisted in the largest number of sales, rather than who closed the most contracts.

Although they may seem like not very important little things, effective ways to increase the performance of business
team members through gamification include the badges and certificates that can be obtained for meeting certain
tasks and challenges or acquiring new skills.

In order for the above-mentioned drives to work easily and efficiently, it is recommended to use gamification software,
which will facilitate many processes. One of them provides for example spinify. 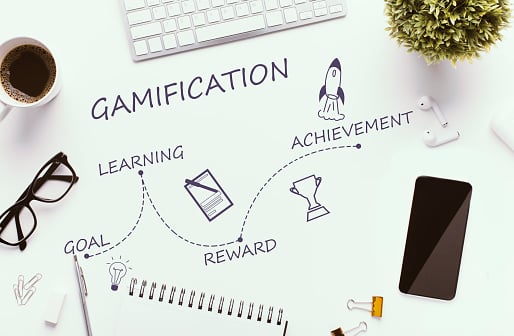 What to look out for

Traders' personalities vary and not all team members can be expected to respond to game elements in the same way.
"Players" can be divided into three categories: "reward hunters" are most pleased if they are motivated through
discounts, bonuses or certificates. Conversely, those who desire recognition and respect can be gained through
ranking or progress indicators. And the third group consists of those who compete for fun and will be thrilled by the
elements in the form of digital games, puzzles or sudoku. It is therefore advisable to analyze the personalities of
individual team members and adapt the gamification strategy accordingly.

It is also crucial to keep in mind that employees should be informed in advance of the score they must receive to
receive the reward, when they will receive it, or what form of reward it will be (if not a surprise). It is not advisable to
choose too complicated rules of the game and at the same time it should not be too easy or too difficult to win the
competition. If the "competitors" see that they have a certain win, their effort and motivation will disappear, as in the
case when the requirements are too high and difficult to understand - even here most will not want to continue with
greater commitment than if the competition at all did not work.

At the end? Few ideas!

If employees complain that they do not have enough days off or have children and want to spend more time with them, they can be motivated so that if the target reaches the desired goal by the set dates, everyone who is interested will receive a day of paid extra time.

You can also buy a suitable wheel of fortune with different prices and benefits for those who sold products over a
certain amount in a given week or month. If a successful salesman dials something he or she wants, it motivates him
to perform better so that he can redial it in the future, and when one of the less attractive rewards comes to him, his
motivation will increase in order to try again next time.

There are many tools that have ready integrations for common CRM systems. Their connections and settings do not
have to be so complicated, if you are technically proficient. If not, we will be happy to help you.

Another option is to reward employees who have received the best reviews from customers. But marketers should be
careful not to be too eager and intrusive in acquiring them, and rather not discourage customers. 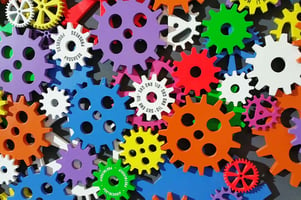 Marketing automation is an increasingly used principle in recent years, which allows the company to...